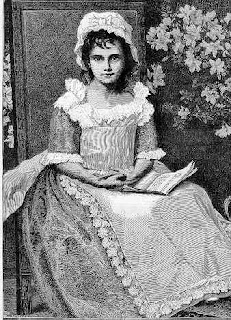 The interview was posted today:

http://literarynymphshotlist.blogspot.com/
Posted by S.D. Grady at 11:33 AM No comments: 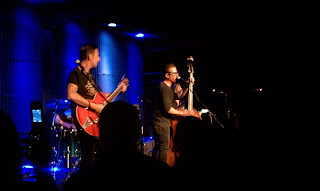 A tiny venue, the Tupelo Music Hall in Londonderry, NH.  It seats around 240.  I'd say about 50 people actually sat in the hardback chairs edged right up to the tiny stage.  But sometimes bigger is not always better.

When the Stray Cats hit the charts in the early '80's, I was an easily swayed not quite teenager who was won over by songs of teenage arrogance.  Ah, come on.  That's what they were.  Fast cars, fast women and rockin' music.  What made it different from the rest of the Top 40?  That string slappin' bass.  The Cats resurrected rock-a-billy, redesigning the world's love affair with twang and pop.  I bought into it then.

I was resold tonight.  None of us in that hall were teenagers any more.  But watching Lee Rocker play his bass, I rediscovered a little bit of that teenage awe.  Perhaps for different reasons...

I saw a musician love his instrument.  The four band members all had a wonderful time, still egging one another on to greater, faster heights as they explored the evening's riffs.  I listened to a voice a little mellower with age, but still very fun to hear.  The Stray Cats always wrote lyrics with more than a bit of tongue in cheek, and witnessing a bit of bantering on stage, there's a greater appreciation of where those tunes came from.

I bought the mp3 of the old album, and I can hear the youth in the studio tracks.  But Lee Rocker and his band have not lost that joy--the spark that brought them Grammy nominations and millions of record sales.

So, yes, The Stray Cat Lee Rocker can still deliver an awesome set.  The crowd leapt to their feet for the final songs.  Applause resounded amongst the rafters.

When we sat down three rows and about five feet from the stage, I leaned over and whispered, "That's got to be a good indication.  No chicken wire."

A great many things in my life have inspired me.  Perhaps movies could be counted near the top.  It wasn’t always happy ever after, for me.  As a child, I adored the old creature feature films, many where shadows were the source of all fear.  I watched Mel Brooks’ classic High Anxiety and loved all the imagery, camera angles and hidden characters…all spoofs of the greatest master of suspense, Alfred Hitchcock.


Thus when I decided to embark upon an erotic story that featured gremlins—those unseen creatures that live in the wiring—it should not surprise anyone that I placed the book in an old movie house.  How many tales of fear and love crossed that silver screen in its heyday?  And what of the old wiring?  Does it keep memories of lights and passion?
The Silver Scream is not a tale of happy ever after, but perhaps lives closer to those suspense films of old where a great many things will happen in the course of time, many of them evil.  This tale releases August 10th at Purple Sword Publications, and you will find it available at most major ebook outlets shortly thereafter.
TAGLINE:  Trapped in the wiring for decades, this Gremlin desires but one thing…and he can’t have her.
BLURB:  Film school student, Gilda Albright, has taken a job in the newly refurbished Orpheum Theatre as a movie projectionist.  The gem from another era prompts her imagination to take flight, and she invites her boyfriend Seth to a private screening.  Looking like a movie star from the 50’s, she strips in the spotlight, ensnaring Seth’s lust and drawing the eager eyes of another to her buxom figure.  The building takes on a life of its own—fear invades Gilda’s workdays.  Will the unseen gremlin let her go or fulfill its erotic obsession with a vision from the past?
Posted by S.D. Grady at 11:48 PM No comments: